SPAA® was established in 2005 from the idea of ​​its founding partner, Filippo Vitulli, to develop an industrial project of “Sustainable Agriculture”. Today SPAA® srl represents a young, solid and innovative Italian production reality in the “Vegetable Nutrition” sector.
Since the early years, Spaa Agricoltura, so called until 2012, has focused its research on the production of nutritional recovery formulations under its nutriRESIstenza® brand .
A line of special fertilizers characterized by a double and synergistic action on the plant, which, in addition to satisfying its specific nutritional deficiencies, induce and favor its elicitor activity against phytophages and pathogens. Fortifying and growth promoters complete the line, which favor all the activities of the cellular metabolism of the plant and its recovery from the phases of environmental stress. 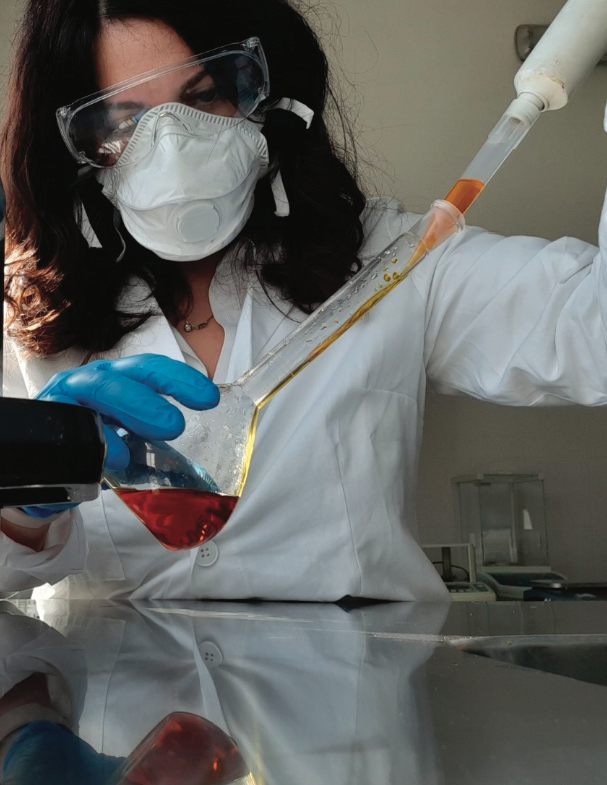 In 2013, the procedural process relating to the registration to REACH (Registration, Evaluation, Authorization and Restriction of Chemicals) for the production of potassium phosphite was also completed. SPAA® strengthens the potassium phosphite production line by starting to address the industrial market as well and uses its know-how for the formulation of a line of fertilizers based on phosphites in various capacities and with the addition of plant extracts.
Another important phase of growth and development opens for SPAA® in 2014 with the corporate decision to support and develop a new research study, in collaboration with the Department of Industrial Chemistry of the University of L’Aquila, aimed at construction of an enzymatic hydrolysis plant of “Vegetable Protein Hydrolysates”.

We believe that a proper nutrition is the best opportunity for the care of ourselves so we are constantly working to ensure that effective nutrition is at the core of modern agriculture capable of guaranteeing human health and eco-environmental balance.

We research and produce with passion and professionalism innovative formulations from carefully selected raw materials and eco-friendly processes.
This our propensity leads us to develop the concept of Plant Nourishment & Resistance® through products designed to support agricultural enterprises in the sustainability of their integrated and organic production.

SPAA IN THE WORLD

SPAA IN THE WORLD

We believe that proper nutrition is the best opportunity to take care of ourselves, therefore we constantly work to ensure that effective plant nutrition is the cornerstone of modern agriculture capable of guaranteeing human health and eco-environmental balance.
For these reasons SPAA begins its internationalization process in 2020 and is constantly looking for partners all over the world.

The essence of SPAA® formulations is inherent in the concept of Nourishing Resistance®, which means the ability to adequately nourish plants,
increase agricultural production and develop resistance to any type of environmental stress.

WRITE US
WE WILL BE GLAD TO ANSWER YOU